This is one in a series of photos of whitebark pine (Pinus albicaulis), an endangered tree that grows at high elevations in the Pacific Northwest and western Canada. It survives heavy snow loads and high winds by growing in mats low to the ground. Ironically, it is only when the tree has died and shed its needles that the stark beauty and sinuous grace of its limbs are revealed.

This photo was taken in the Mt. Hood Wilderness, on the north side of Mt. Hood. Bull Run and Lost Lakes are visible in the distance. It was taken just before sunset, when the hills beyond were bathed in smoke from the many fires burning across Oregon.

It was selected and published online by National Geographic as part of the “Show Me Your Wilderness” Your Shot assignment, in commemoration of the 50th anniversary of the Wilderness Act, and was published in 2016 as a double-page spread in the hard-bound book, National Geographic Greatest Landscapes. It was also published in the January 2015 print edition of Biosphere magazine, and the Fall 2017 print edition of American Forests magazine. 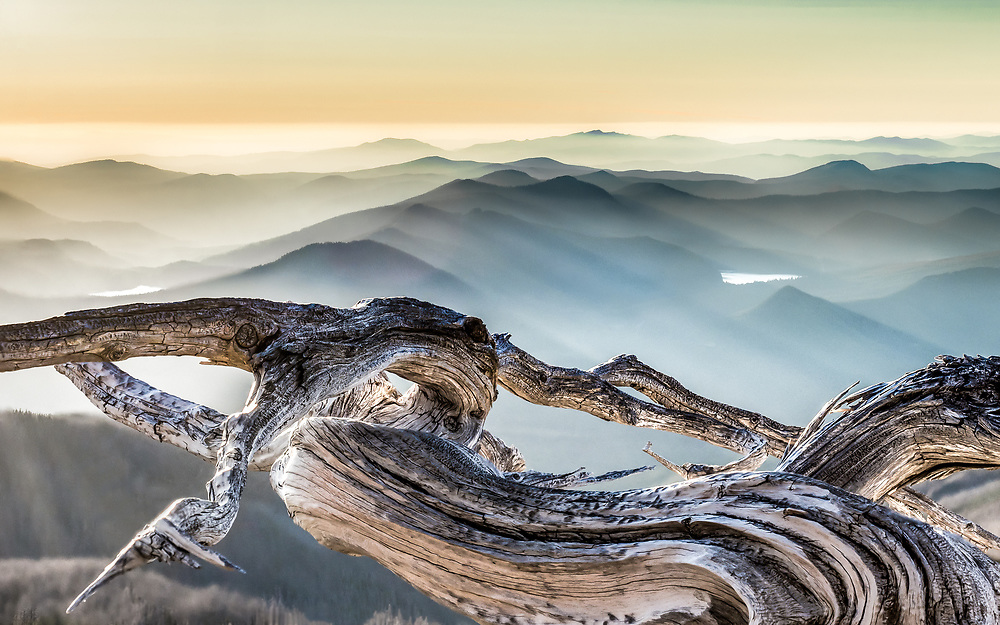